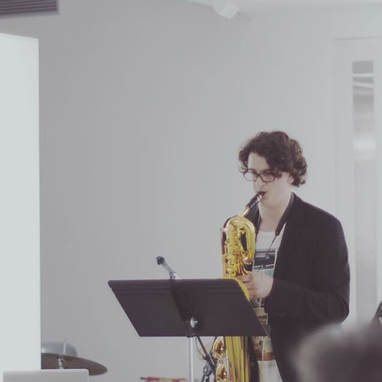 Jonathan Maltman is a Perth based Composer/Arranger. He was born in 1996, and travelled all over Australia in his early years with his parents before settling down in Perth, Australia. He attended Wesley College in South Perth from Year 1 until he graduated from the College in 2013.
Jonathan began playing piano aged 5, and started learning alto saxophone aged 9. In Year 8, he moved to the Baritone saxophone which he has played since. He has sung in various school choirs. Jonathan also plays guitar, which he is self-taught.

Jonathan decided he wanted to become a musician for his career during Year 10, after discovering his passion for music thanks to his High School music teacher, who highlighted his ability to compose. From there, he started to take Composition lessons under various teachers. This passion for music grew and grew over the next 2 years, where he formed a band with his best friends.

In late 2013 , he got accepted into the Western Australian Academy of Performing Arts (WAAPA) under the Composition & Music Technology course beginning in 2014. He graduated in 2017.

Jonathan has played in a number of bands over the years, including Perth based rock bands 'Redgate' and 'Black Stone Brewers'. He also played in the WA Youth Jazz Orchestra as the Baritone Saxophonist in 2014. Jonathan is also the Musical Director of the Old Wesley Collegians' Association (OWCA) 'Wyvern Jazz Band'. He has been their musical director since 2014